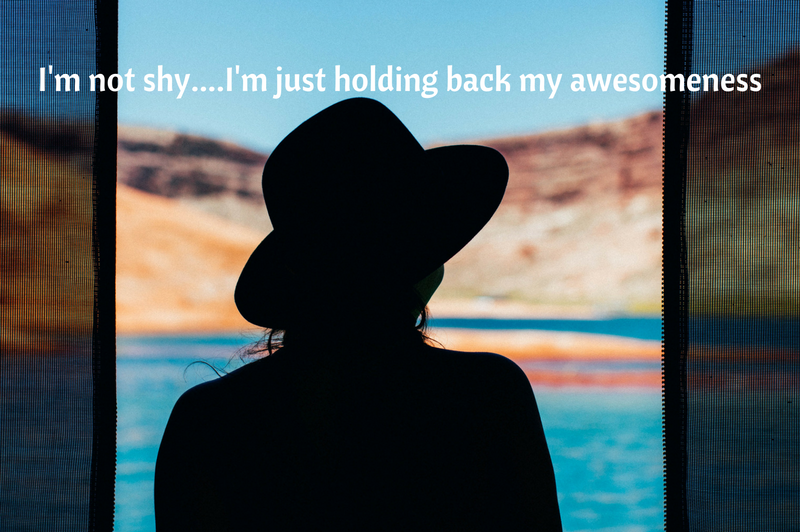 Being an introvert, networking has never been easy for me.

Yup, I LOOOVE “me time” and I find it mentally draining to constantly be in a social setting.  It revives me to be at home.

After all, wouldn’t you also find it relaxing to have your feet up, read a good book while sipping a cup of hot cocoa.  Who wants to sit there and have endless mind-numbing conversations with complete strangers?

Networking has always been a big struggle for me.

My extrovert friends have never understood why at times I’m excited to meet new people, yet other times I fully hesitate.

Now don’t get me wrong….there are times when I find it fun and interesting to meet someone new but this is not something that I can do every day.

I have to mentally prepare for it.

If you are wondering why??

Well…sometimes I’m just drained from an overload of external stimuli – stressful day at work, back to back social events, traveling, etc.

I’m sure you can relate.

Other times (I’m ashamed to admit) it’s because of self-doubt and lack of confidence.

Like when I have to attend a conference and event solo while being surrounded by unfamiliar faces.  Thinking about all the networking and small talk with complete strangers just makes me want to crawl back into my shell.

Yup being a turtle sounds more tempting than being a human in such instances.

Well, I have made peace with my first reason and feeling overloaded with too much going on.

I know I need to recharge so now I try to plan ahead (whenever possible) to get some down time.  Even if the only thing I can do is 5-10 minutes of alone time, EVERY MINUTE OF THAT BECOME PRECIOUS since it gives me an opportunity to semi recharge. I’m more alert, attentive and better around

It’s better than a shot of vodka.

My second reason has never been easy to overcome when it came to self-doubt and lack of confidence.   I thought I just had to suck it up and somehow make it through the night.

Honestly…it was exhausting.  I knew I had to figure out a better way to network or at least come up with a different approach.

Well, FINALLY one day the light bulb went off.  Though a bunch of reading and observations I learned the following…

The body language of an introvert (aka self-proclaimed shy person) can sometimes mimic a cold and dismissive personality.

Now take a moment to think about this.

Just think about the body language that both of them display….

Now don’t get me wrong. I’m not saying every shy person comes off as cold and dismissive.

Instead it’s about realizing that when you meet new people they don’t know you.  They have no idea that you are an introvert/shy person.

Kinda sucks that you get judged this way.  But it’s not like you can walk around with a sticky note on your head saying “I’m shy, not rude.”

Instead these “new people” have to fully interpret your personality based on the immediate conversation and interactions.

So next time you are hesitating about social interactions just put all the self-doubt aside.

The only thought you want in your head is….

Would you rather stay in your shy comfort zone, hold back, and come off as cold and dismissive….

Would you rather tell yourself, “I’m not rude, let me go up to say hello.”

DISCLAIMER:
Hi!! I'm Sonali. This blog post is to share the information I've learned. I am not an advisor/expert, and none of the above constitutes as a therapeutic service.  This post is for informational & entertainment purposes only.  Please do your research before implementing something new. Some of the information may contain affiliate links. If you click on one of the product links and make a purchase, I may receive a small commission. This does not affect your purchase price in any way. The small commissions (if I earn any) help to support my research & work.  This allows me to continue creating and providing information that you love.
Thank you for your support! 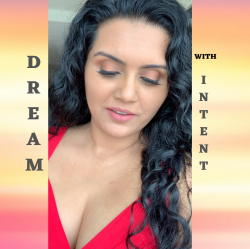 Sonali Ankola
Founder and Creator at Dream With Intent
Sonali has a BA in psychology, MBA in healthcare and a talent to bring about positive change.She believes women can uncover their strengths, acknowledge their self-worth and learn to wholeheartedly love themselves even if love wasn't experienced in the past.It is possible to create any change when you live life with genuine intent.Your empowered glow should radiate from the inside and be expressed, with pride, on the outside.

This author hasn't written their bio yet.
Sonali Ankola has contributed 78 entries to our website, so far.View entries by Sonali Ankola “Life becomes more beautiful when you have a positive mindset” ~ Sonali

Type and press Enter to search